OK, Amadeus is a very pretentious name, (it is Mozart’s middle name) and our band was naïve and inexperienced; nonetheless, they had been my ticket out of Kansas. Three of the other four guys in the band were from Kansas too, but they had been in Colorado long enough to have learned their way around the Denver and Boulder area, and they introduced me to the Rocky Mountain music scene. The fifth member, Mike the drummer, was a Colorado native from Boulder. A financial backer was paying the rent on our mountain chalet in Evergreen, a little mountain village, just outside of Denver. The lead singer, Gerard McMahon, was a British immigrant whose family had relocated to Kansas after World War Two. One day while we were rehearsing in the mountains, an acquaintance of Gerard’s from New York called to inform everyone that his band Zephyr was about to finish recording their new album at Electric Lady Studios in New York City. To me, a kid from Kansas and barely out of high school, this seemed like someone who had reached the pinnacle of success. Gerard gave me a brief introduction as Amadeus’s new bass player, and then handed the phone over to me. A voice on the other end sounded so cheerful and friendly, I could not help thinking that I somehow knew him already. It was Tommy Bolin, “Hey Stanley, how you doin?” he said, in his high pitched, midwestern voice. Tommy was the guitar player from Zephyr, a Colorado-based band that had recorded a couple of albums and had started to make a name. Tommy had a reputation as a blistering guitar soloist, and everyone thought he would surely be a superstar someday. Tommy loved Jimmy Hendrix as well as the other great blues masters, but his talent, I would learn later, went beyond the ordinary. We chatted for a minute more before I handed the phone back. We said that we looked forward to a meeting in person and then said goodbye. We had made an important connection. I did not know it then, but Tommy was going to change my life.
‍ 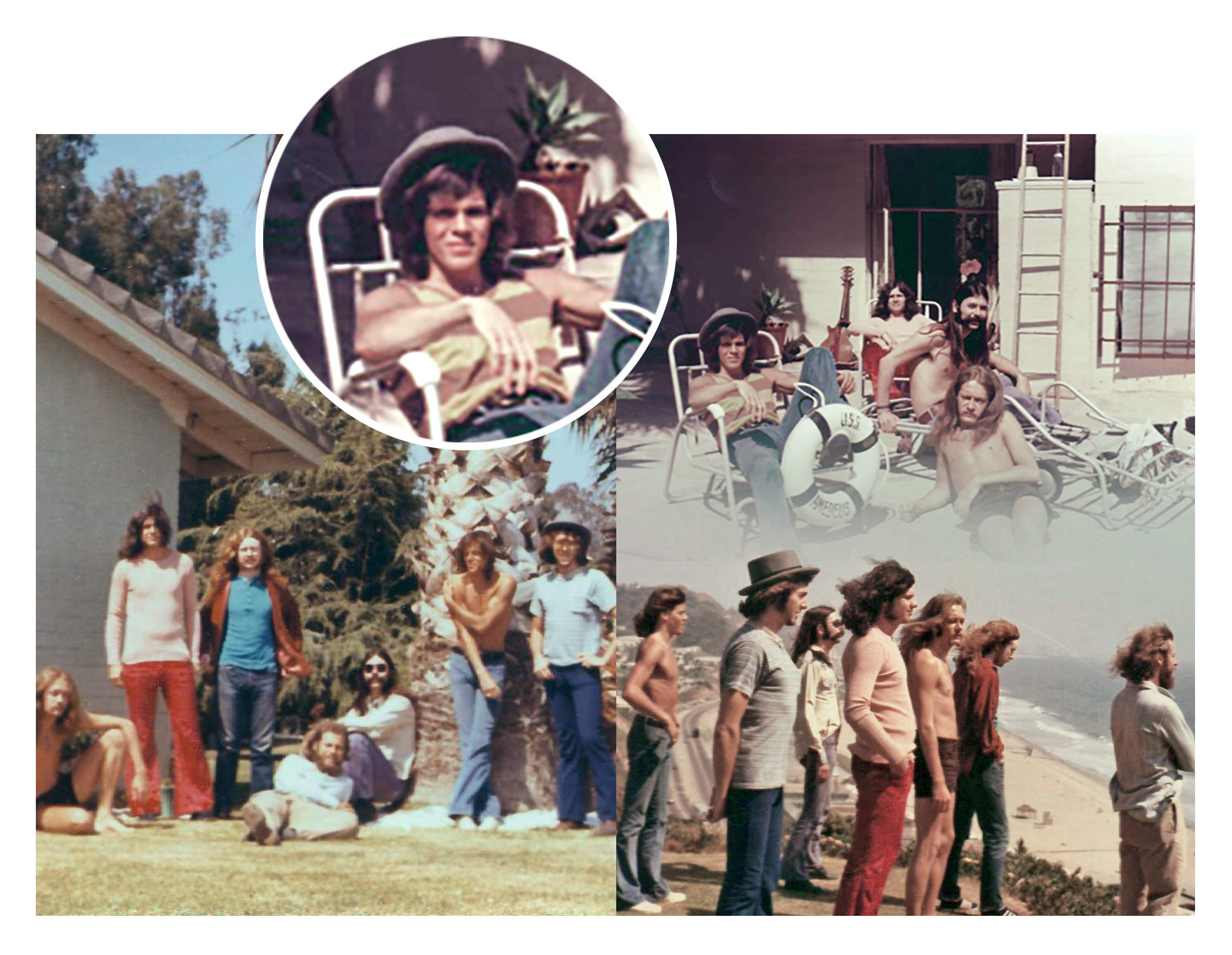 PART 2: SHAKIN' ALL OVER

We rehearsed for a couple of months in Evergreen, and then Gerard and Ted Clay arranged for us to meet in LA with an agent who they had met through our lawyer. This was right before Christmas of 1970, and Bruce Glattman had already convinced Ted Clay that the band should move out to Los Angeles. Bruce was a small-time manager with a stable of relatively unknown Los Angeles based bands. It was Bruce’s custom to try and convince any prospective band that he thought had talent to move to LA. There was one catch: he would only agree to handle a band if they had finances. If they had the money, he would then advise them to rent luxurious Hollywood homes, and to go about the business of being Hollywood rock stars, whether they were or not. The realtor that Bruce Glattman recommended to us just happened to have a new rental out in Pacific Palisades, an affluent, oceanside suburb, adjacent to Malibu, and nestled above the Pacific Coast Highway. It was a beautiful home. The previous owner had been Ed Weber, the “W” from A&W Root Beer. He must have been fabulously wealthy because this place was stupendous. The view was incredible.  The house was situated on a cliff overlooking the Pacific Ocean. It offered a panoramic view of the Pacific Coast Highway stretching all the way back to Santa Monica. We moved in right before New Year’s Eve, 1970, Johnny Carson was on the tube, and we were living large. Our band never really got off the ground. We played one gig with a West Coast  rock band called “Pacific, Gas, and Electric.” They had a top ten hit, “Are You Ready.” But after only one gig, Bruce Glattman found it increasingly difficult to book our band. We were young and we needed more than just managerial help. The song writing was above average – but the musicianship wasn’t. Nonetheless, we were not all that discouraged. We had plenty of spare time to get high and play our new instruments. Ted had forked over enough money to buy us just about anything we wanted. I had bought a new Fender fretless bass, and, since I had recently spent a summer learning how to play the flute, I decided that besides the flute, I needed a couple of saxophones to boot! I bought a tenor and a soprano, and I was starting to get pretty good. We had so much free time to practice; I loved to go into the rehearsal room, get high, turn on our red “mood” light, and just blow. Gerard and I would spend hours trying to imitate Roland Kirk or Pharoah Sanders instrumental improvisations. Gerard on piano– me on flute, or sax. This became our normal routine for the next few weeks.One morning at dawn, just as the sun was rising, I was awakened by the strangest sensation: my bed was moving, and when I looked out my bedroom window, the pine tree outside the window was rocking back and forth at about 30 degree angles! I jumped from the bed and ran into the living room to the giant picture window that looked out over the coast highway and beyond to the broad expanse of the Pacific. My God, It was an earthquake! I could not believe what I was seeing: the whole house was rocking back and forth, and the hillside was pitching, listing from one side to the other. As I looked out the window at the stretch of highway leading back towards Los Angeles, the line of the highway formed a distinct sine wave pattern, undulating rhythmically to the seismic waves pounding the Los Angeles basin, I could not believe what I was experiencing, it was surreal, like an acid trip. Looking out the picture window again, and seeing the broad expanse of the Pacific, the house seemed as if it were a giant ship being tossed by a turbulent storm. Rolling, up and down, one moment I would see sky – the next moment, sea. Back and forth, back and forth, for what seemed an incredibly long time; then, as suddenly as it had started, it abruptly ended. 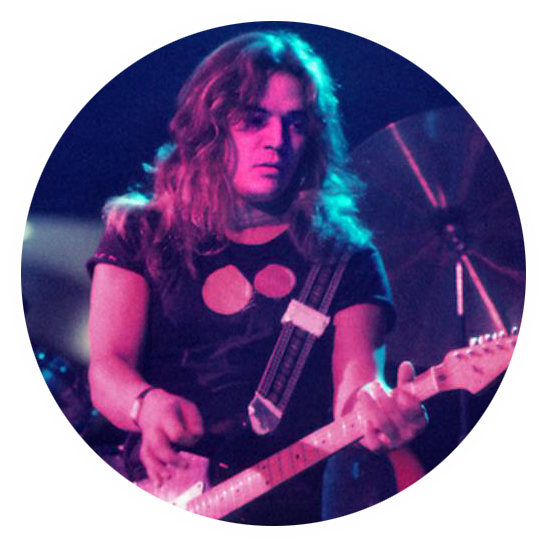 The 1971 Los Angeles earthquake was a very large one, 7.2 on the Richter scale, and although it only lasted a mere 35 seconds, it had been the longest 35 seconds of my short life. Many people had died; the house right next to ours had lost its swimming pool; it crumbled and fell 200 feet, all the way down to the Pacific Coast Highway. We were very lucky to avoid a similar fate. After the terror of the earthquake, we were all more than ready to return home to the terra firma of the Rocky Mountains.
A few weeks later, during the spring of 1971, Zephyr happened to be out in Los Angeles playing at the Santa Monica Civic Center as opening act for the rock band Mountain. Tommy had arranged for us to get passes to the show, and off we went. It seemed Bolin also had just broken some bad news to his band Zephyr – the Santa Monica show was going to be his last – he wanted to form a new rock/fusion band, and was trying out players in Los Angeles. This would be my chance. I had already met Tommy in Boulder. That night, after Zephyr’s show, we arranged to have an informal jam at our Pacific Palisades home. Tommy had made friends with a powerhouse drummer from the Lee Michaels Band. Michaels was a Hammond organ protoge from Los Angeles who had recorded some pop hits; his A&M recording, “Do You Know What I Mean,” would go on to make it into the top 10 later that year (July, 1971). Lee’s drummer’s nickname was “Frosty,” and he was well known for being rock solid, and funky as hell. The three of us (Tommy, Frosty, and myself) met at our house in Pacific Palisades the next day, and we ended up jamming for a few hours. It sounded so good that Tommy said we ought to play again as soon as possible. Unfortunately, Frosty was committed to the Lee Michaels Band. Nonetheless, Tommy and I had discovered a mutual compatibility, as well as a mutual respect for funk, jazz and blues. For Amadeus, time was running out; we had only to wait for Ted’s money to run out, and at that point we would have no alternative but to return to Colorado. Two months later, we packed up and moved back to Boulder. 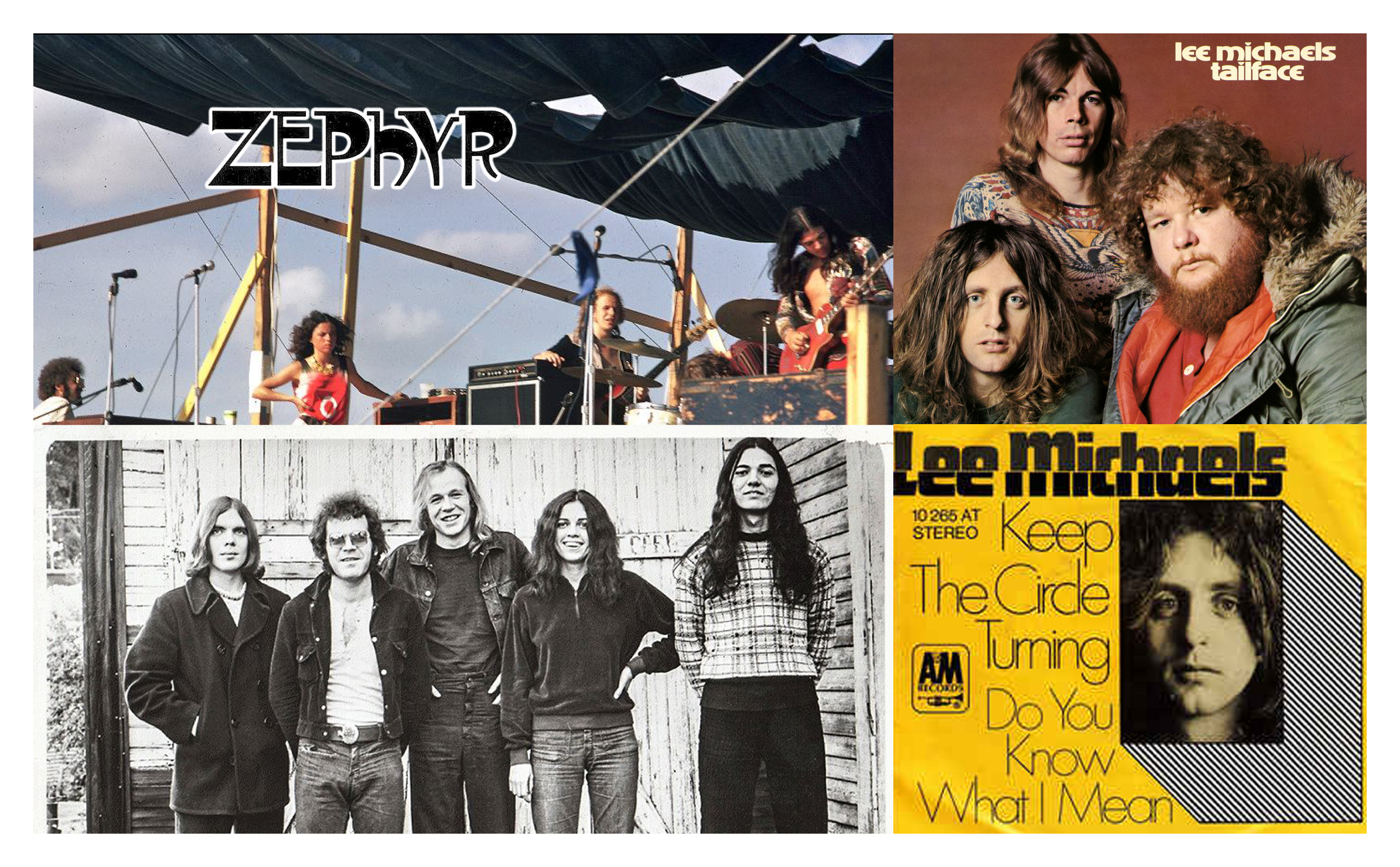