Boulder 1971 was incestuous: whoever was in one band could switch to another in the wink of an eye. My cousin Tom Stephenson jumped ship, left Energy, and started playing in Joe Walsh’s new band Barnstorm. Tommy Bolin had previously contributed his bass player Kenny Passarelli to Joe Walsh’s new venture as well, and that is how I ended up playing with Tommy in the first place. It is surprising how certain people play such pivotal roles in a person’s life, and at precisely the right moments. I would soon be thanking Kenny again. The game of musical chairs continued: Tommy would go on to replace Joe Walsh in the James Gang (1973), and later, Ritchie Blackmore from Deep Purple (1975).  But before all of that, he would receive a very special visitor to his Boulder apartment on Aurora Street. Tommy’s girlfriend, Karen, and I happened to be there at the time, and we both witnessed drummer Billy Cobham’s arrival and subsequent request that Tommy be the guitar player on a recording project he was planning. This was 1972, and little did we know that he was talking about what was to become one of the most influential fusion albums of the early 70’s, Spectrum (Atlantic, 1973). Tommy was about to start recording with legendary players like Ron Carter, Leland Sklar, Jan Hammer, and of course Cobham, the powerful, double bass drum-beating drummer from The Mahavishnu Orchestra. When the Spectrum album was released in 1973 it shook both the rock and jazz worlds. Never before had electronic keyboards and guitar been so masterfully juxtaposed, or the drums so up-front and aggressive. When Tommy and Jan trade fours there are moments when one is not able to immediately ascertain which instrumentalist is soloing… hey, was that Jan or was that Tommy? It was uncanny. Musicians around the world took notice too, and this recording elevated progressive jazz/rock to new heights. It’s not all accolades however: Cobham’s electronic drum segues are ubiquitous, and a little bit “over the top.” However, the Spectrum album still stands as a milestone, and is considered a major influence in jazz/rock fusion. After working with Cobham, Tommy started getting more work. In 1973, on a recommendation from Joe Walsh, the James Gang hired Tommy and recorded two albums, “Bang,” and “Miami,” with most of the compositions penned by Tommy. It was recorded with the original rhythm section of Dale Peters (bass) and Jim Fox (drums). The records did not sell very well.  They were simply not very good records; nor, for that matter, were the James Gang ever really a great band, (even with Joe Walsh), still, for Tommy the opportunity had meant upward mobility. Meanwhile, back In Boulder, my girlfriend Judy and I received an offer we couldn’t refuse and agreed to move in with Buddy Zoloth, Stephen Still’s road manager. Buddy was a complete junkie, and was absent on the road a large percent of the time. When Buddy was in town, it was crazy. People started coming over to our house to cop and get high on a regular basis. Conga drums were very popular in rock bands at that time (something to do with Carlos Santana I suppose) and two of the biggest junkies I knew were both congueros. Joe Lala from Stephen Still’s new band, Manassas, and Bobby Lakind, later of Doobie Brothers fame. These two “bongo buddies” were shooting up and nodding out at our house on a daily basis. Stills (a white hat) would show up sometimes, and so would Chris Hillman, mainly to cop dope, but sometimes to actually focus on music. Hillman (black hat) bought some dope from me one day and paid me by check. After he had left, I read the little line on the check where memos are written, and I laughed out loud when I saw what Chris had written: folk-rock bass lessons. Around this time Stephen was hiring different bass players to come down to Miami and record with him at Criteria Sudios. Since I was Buddy’s new roommate, and also a bass player, it was inevitable that I would eventually get the go-ahead to accompany Stephen (at least once) to Miami. What a fiasco! Stephen and his entourage had rented 461 Ocean Boulevard, the Miami beach front mansion that Eric Clapton made famous on his recording of the same name. It was funny, when Stills knew that Eric was booked to record at Criteria—then he would book that same week himself. If Eric was in Studio A at Criteria Studios, then it was very likely that Stephen Stills was in Studio B. Stills had been involved with Al Kooper, and Mike Bloomfield on 1968 Supersession record that had inaugurated the concept of  “supergroup.” Clapton’s own supergroup, Blind Faith, with Steve Winwood and Ginger Baker, was successful, but really never lived up to all the hype. Stephen has never given up the concept; it has been his perennial dream to be in a “supergroup.” 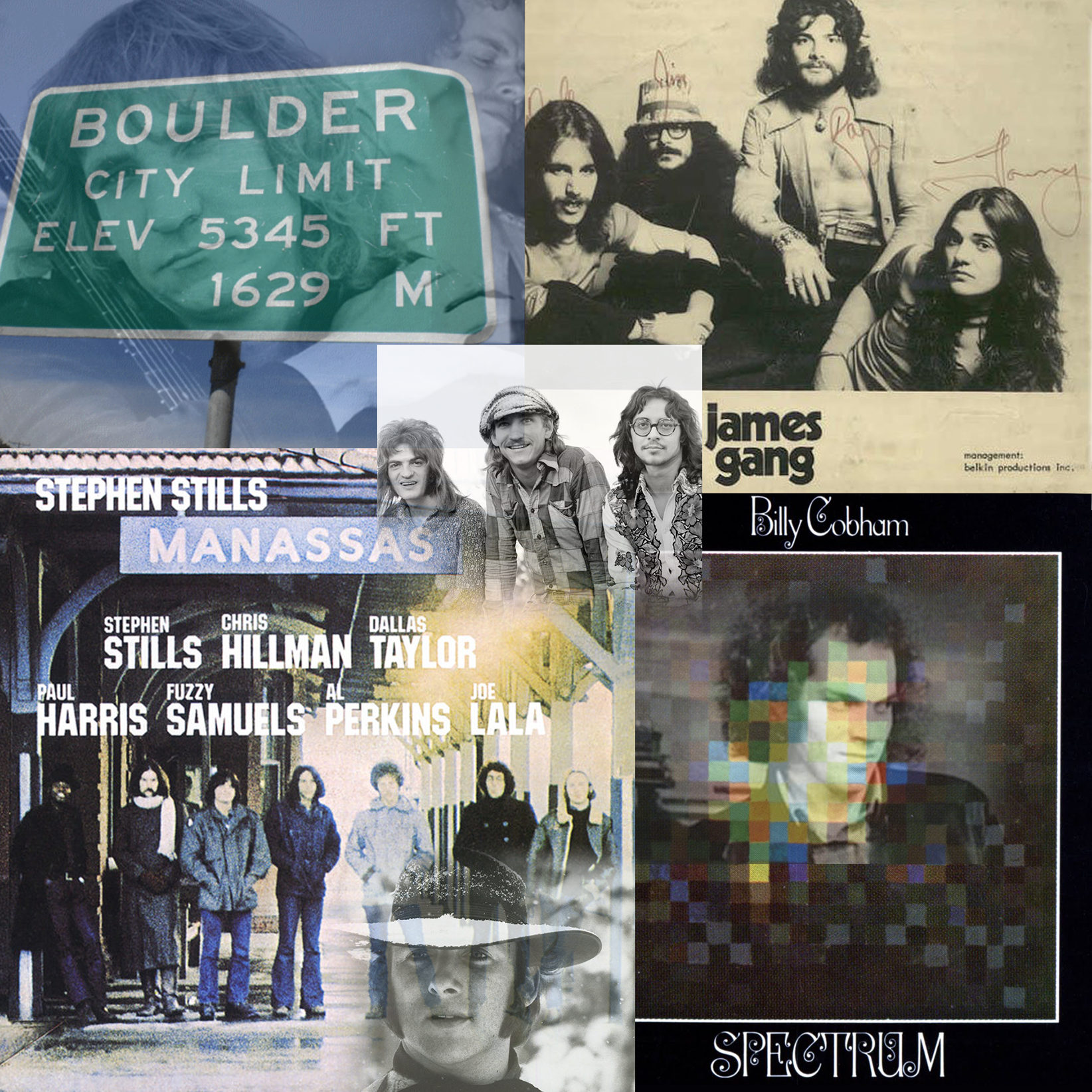