It was amazing how fast our experimental foray out to Los Angeles had led Tommy Bolin and I both to good career opportunities. We had arrived in town, and we had spent a little time negotiating the scene, and it appeared that we had discovered a nut that we just might be able to crack. We went back home to Boulder, collected our girlfriends, loaded up the truck and moved to Bever-leeey. Actually, it was North Hollywood. Our manager, Barry Fey, set Tommy and Karen up in a moderately sized and fairly luxurious house/villa right under the Hollywood sign, off Beechwood Drive. My girlfriend Judy and I, of course, got the small apartment with the cheesy courtyard pool and no furniture. Oh well, we were there, and someone was paying the bills, at least for a little while. Unfortunately, after only about two months of trying out singers, Barry cut off our funds and we were left to our own devices. It is funny how fate works. Who would have guessed that within a couple of weeks I would be auditioning for the Peter Frampton band and that Tommy would be doing the same with Deep Purple. We both got our respective calls within two or three weeks of each other. For me, it was sheer luck that Kenny Passarelli was not able to respond to Peter’s request that he play bass in the new Frampton band. Kenny called me up one day and said “Stanley, there is this guy that used to play with Humble Pie… he's putting his new band together and wants me to play but I can't, could you do it?” Was Kenny’s behavior entirely altruistic? No, not entirely – you see, Kenny was about to replace bass player Dee Murray in Elton John’s new band. Hey, this was good news, for Kenny and me both. A couple of days later I called Peter at the number Kenny had given me. He was staying at the Beverly Wilshire Hotel! It was a good address, the same hotel where Warren Beatty lived. Peter answered the phone and wasted no time in asking me with who I had played with in the past. OK, here we have the notorious “catch 22” that restricts most people (in any business) from getting a foot in the door. I didn’t flinch, and blurted out that I had recently recorded with Stephen Stills, “you’ve heard of him right?”  Peter asked me if I enjoyed the experience, and I replied, as cryptically as possible, “not very much.” It was enough for Pete, and he invited me over to meet and perhaps play a little bit. Next day I pushed my Fender “Vibroverb” amplifier along the sidewalk of Wilshire Boulevard, through the lobby of the Hotel, up to the elevator and then on to Frampton’s floor. A thin looking woman with a blond shag haircut and tight blue jeans opened the door and said exuberantly, “come on in.” This was Peter’s girlfriend Penny McCall. “What’s your name,” she asked, taking a drag off her cigarette. “Stan,” I replied. At that moment Peter walked into the room from the adjacent bedroom and introduced himself. We looked each other in the eye and I think we both had a premonition, like looking in a mirror or something, at any rate, I felt charmed. During our phone conversation I had mentioned that I played Fender fretless bass and Pete was fairly impressed by this fact. I don’t like to blow my own horn, but I was among a handful of bass players who could actually play a fretless bass in tune. We had only played a couple of songs when Peter turned to me and said it sounded pretty damn good but that until I played with his drummer John back in NY, he could not commit to anything. He gave me copies of his solo albums, told me there would be a round trip ticket for me to New York, and that we would meet at SIR Studios in two weeks, after his scheduled dental surgery. He said he didn’t envy me having to learn all his songs – I said “I don’t envy the dental surgery.” The truth was, I was relieved to have two weeks to master the material. “OK,” I said, “see you in a couple of weeks.” 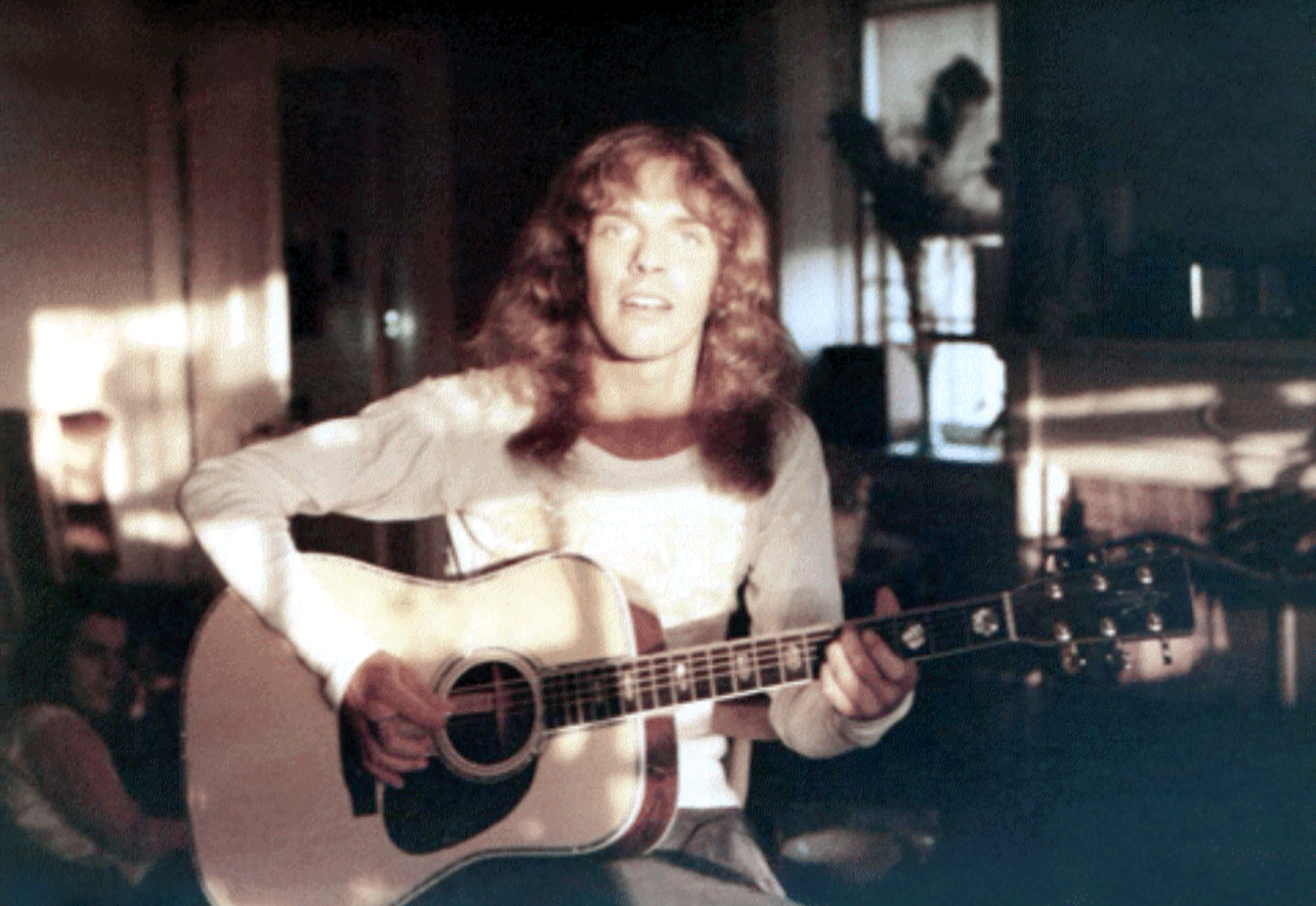 Photo taken at Peter’s NY home the day I passed my audition. That’s me bottom left. Shot taken by Peter’s then partner, Penny.