During the Warren Zevon's “Excitable Boy” tour, this stage antic/maneuver, call it what you will, was a classic. At the end of his encore, “I’ll Sleep When I’m Dead”, Warren decided that it might be exciting for the audience if he were to dance around a little bit, and then to suddenly jump into the open orchestra pit, (a mere 10 to 15 foot plummet). I think he might have survived the fall without sustaining any injury if only he had been a little more drunk (if that were possible), or at least if he would have had the good sense to place some sort of padding at the bottom of the “pit.” At any rate, the song ends – Warren leaps. He broke both of his ankles, and was, in my estimation, very fortunate not to have sustained any further injuries. It would have been misfortunate under any circumstances, but the band still had two full two months of touring lined up. The result was rather embarrassing for all of us. There was a lengthy convalescence for Warren, and, to add insult to injury, he had to be carried out nightly by a roadie who would tenderly place him (and his dangling, cast-bound feet) at the piano bench.
Warren’s show became much less animated after the “accident.” But, as a consolation, he did manage to salvage something from the unfortunate experience – a concept for his upcoming album. The new record (now a cult classic) is titled, fittingly enough, “Bad Luck Streak in Dancing School.”
The guitar duties in Warren’s band were handled by Waddy Wachtel on lead, and David Landau, (brother of record producer, John Landau), on rhythm, Rick Marotta on drums, myself on bass, along with Warren on piano – rounding out the five-piece unit. It was a good band. “Excitable Boy” was co-produced by Jackson Brown and Waddy Wachtel, and the hoopla accompanying the hit album was made even more sensational because of Jackson’s involvement. “Runnin on Empty” had been the most recent successful “live” rock and roll recording, after “Frampton Comes Alive!”, so Peter and Jackson had something in common – and so did Peter and Warren. 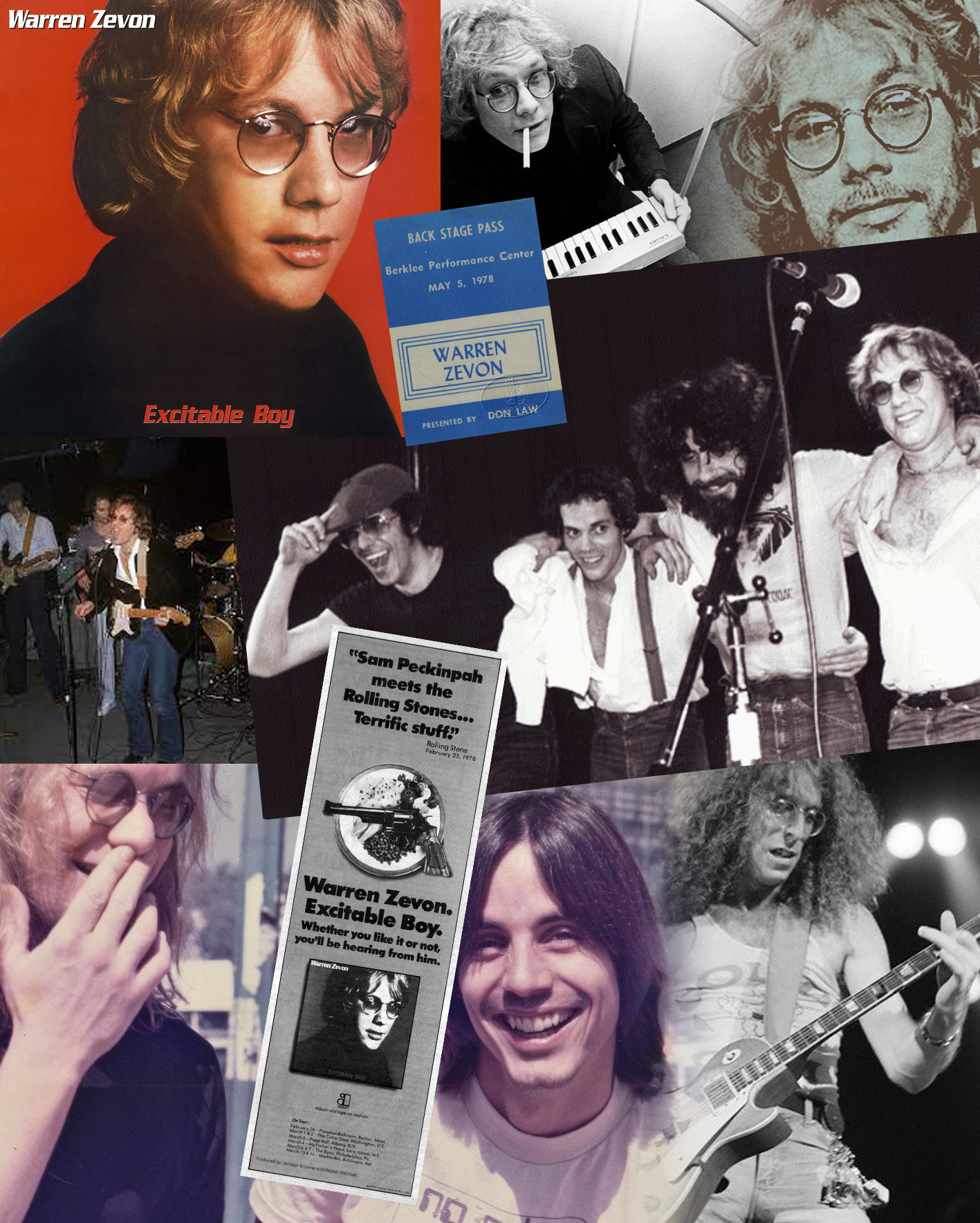